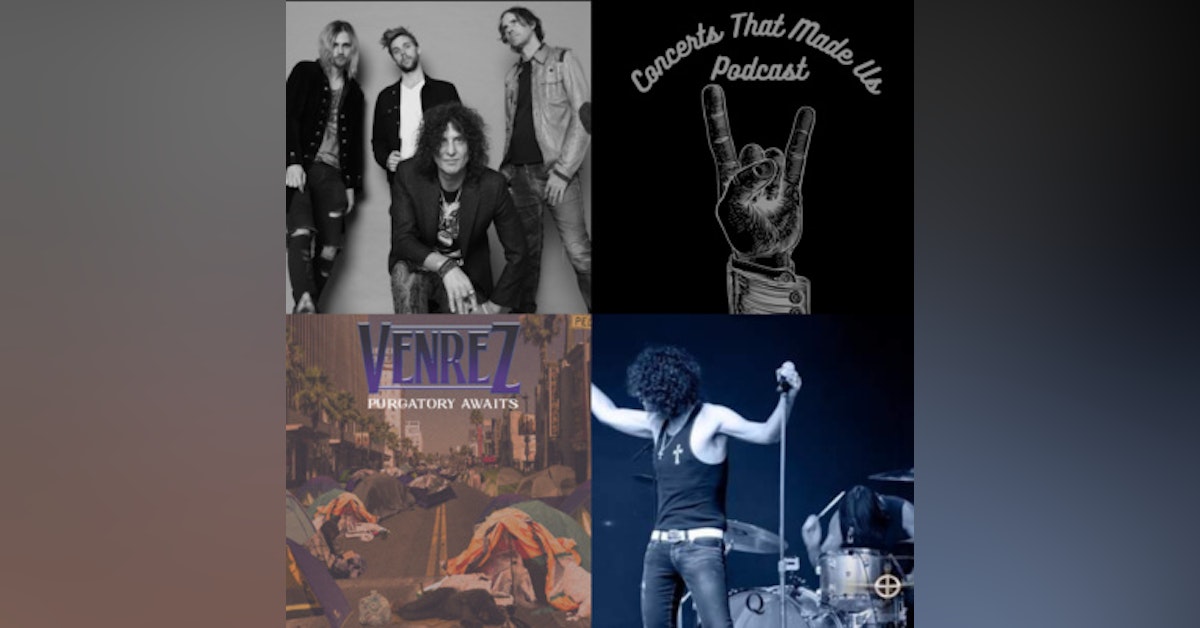 This week Brian is joined by Ven from Venrez.

Venrez is an American rock band from Los Angeles, CA formed in 2009, comprising of Ven on lead vocals, Jason Womack on guitar and backing vocals who has played with such acts as Fuel and Juliette Lewis and the Lick’s, Victor Singer on drums who brings a monstrous sound and Gabe Maska on bass who has become a fixture on the Sunset Strip playing many of The Sunset and Ultimate Jam shows.

The band has toured throughout the US and Europe, headlining and opening for musical legends such as Alice Cooper and Slash, as well as respected and established bands Buckcherry, Fuel, Hardcore Superstar, Michael Schenker, Enuff Z'Nuff, and punk legend Richie Ramone. They even played for the NFL performing as part of the Superbowl Village Show in Indianapolis, IN, in 2012 for over 73,000 people.

After an absence from the music scene for a few years, the band emerges stronger than ever with their new studio EP, Purgatory Awaits, which dropped on February 25, 2022 via Pavement Entertainment.  Three years in the making, the release has six new songs and features guest drummer, Stephen Perkins (Jane's Addiction and Porno for Pyros). The song “Each And Every Day” was also mixed by Malcolm Springer (Tantric, Collective Soul, Matchbox Twenty). Ven describes the new album by stating, “Simply some of the best songs Venrez has written and recorded yet, from the first single 'Each And Every Day' taking no prisoners to the pretty ballad 'Gin Fizz.'"