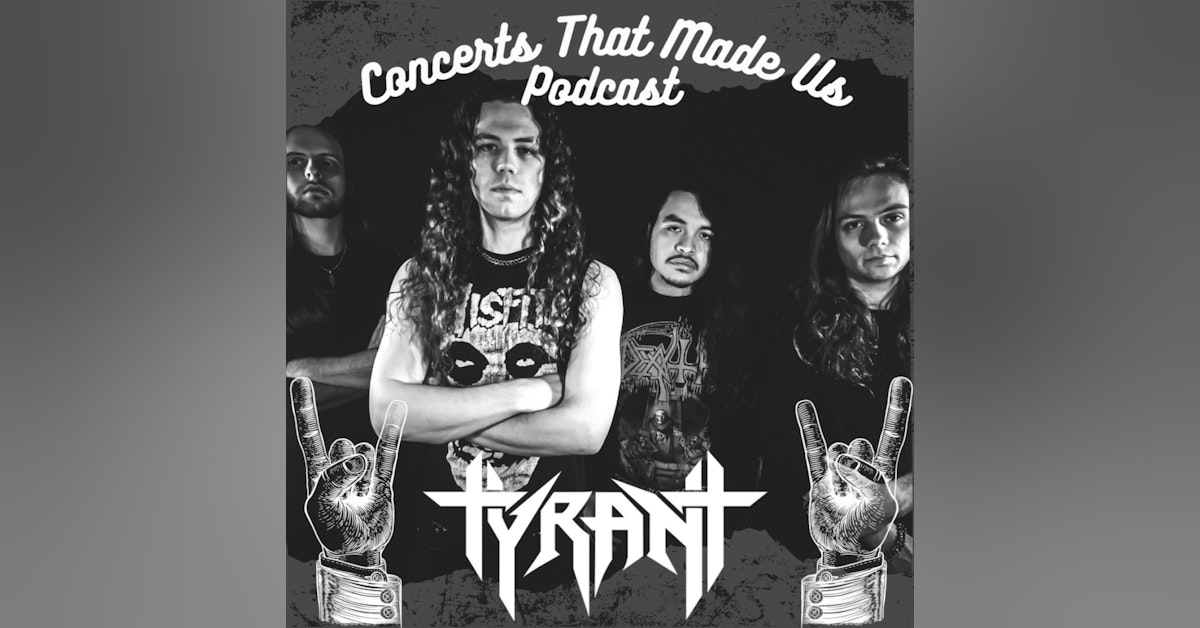 On this episode Brian is joined by Philip from Tyrant.

Tyrant is a Lansing, Michigan based heavy metal band formed by brothers Philip and Andrew Winters in 2012 while they were still in high school. Fueled by a passion for music and life on the road, Tyrant has grown into seasoned road warriors. In addition, the band has benefited from consistent radio play, including hitting No. 21 on the NACC Metal Chart and No. 3 on the Metal Contraband Chart. Beyond that, the group has garnered ample positive press via Metal Insider, Metalsucks and even the legendary Metal Injection.

With a sound that is a fusion of everything from Megadeth to KISS, by way of Pantera, the band quickly found a broad audience for their music. The fire in their bellies led to opening slots for metal legends like Deicide, Metal Church and Diamond Head. When Tyrant released its debut album, “The Pact” in 2018, the band hit a new high. The tours kept coming, and the opportunities kept growing—notably of which was inclusion in Taco Bell’s ‘Feed the Beat’ campaign. Since then, Tyrant has remained in a position to strike, conquer and dominate the metal scene.