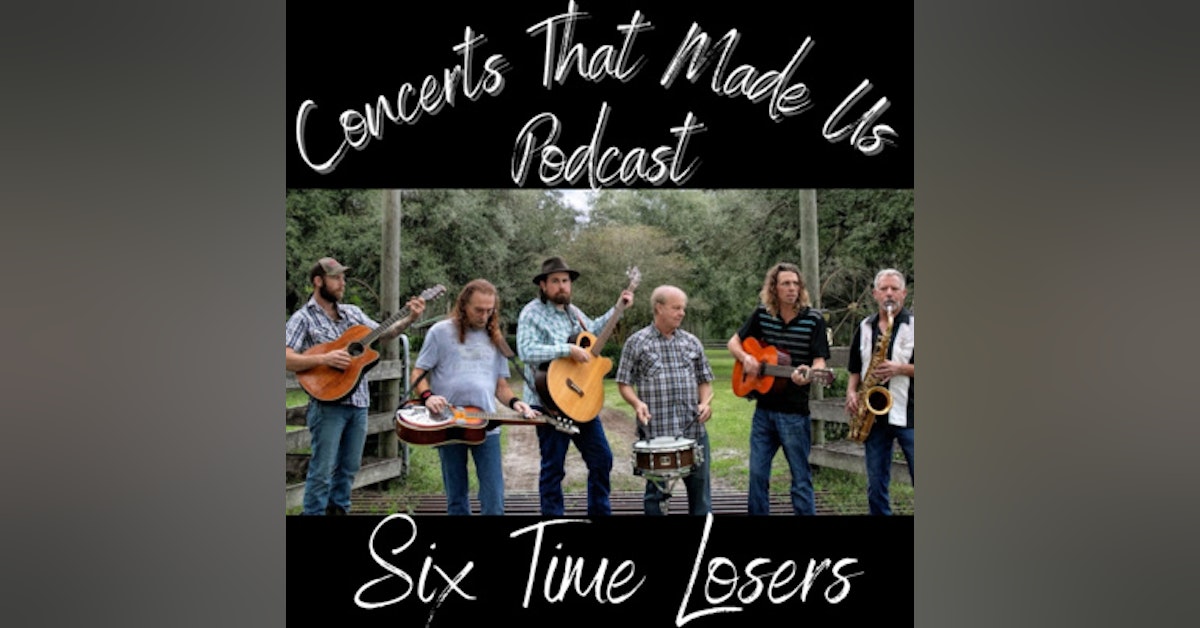 Season 2 Band
This week Brian is joined by Butch, Lester and Otis from Six Time Losers Six Time Losers is the band that country music didn't know it needed. They are intricate, organic and genuine – they are who they are; infectious with a distinct sound that creates die hard fans. They have shared the stage with the likes of Gary Allan, American Aquarium, Langhorne Slim and more, and there is no stopping this train. Bringing a big band feel to southern rock, Six Time Losers has released their newest album Only First Names Die. They are vibrant, intricate, introspective and genuine; and the same can be said for this newest musical offering.  Only First Names Die is a diverse collection of 12 songs spanning genres like folk and alt-country, and inspirations including life, love and historical retrospection. They even honor former band member Weston Williams with their single, “East Coast Railway,” written by Williams who passed away two years ago. Six Time Losers may be innovative, but their respect for tradition and those who came before is to be admired. The album was recorded at Capricorn Sound Studios’ historic Studio A, where musical stars such as The Allman Brothers Band, Otis Redding III, Charlie Daniels Band and the Marshall Tucker Band have recorded. The studio closed its doors in 1979, with Six Time Losers as one of the first acts to record a full-length album in the studio since its closing. The new Only First Names Die album by Six Time Losers is available everywhere now! For more information on the band and for upcoming tour dates, go to www.sixtimelosers.com.  Find Six Time Losers here: www.sixtimelosers.com www.facebook.com/6timelosers https://www.instagram.com/6timelosers/ https://open.spotify.com/artist/0TdVidO5iGnLCO9mNAcGiT?si=gYn1vh7NQ_CWm7uWGYmWZA Find CTMU here: https://linktr.ee/Concertsthatmadeus If you would like to support the show you can do so by signing up at https://www.patreon.com/Concertsthatmadeus and you will gain access to a range of benefits including video versions of the episodes. --- Send in a voice message: https://anchor.fm/ctmu/message