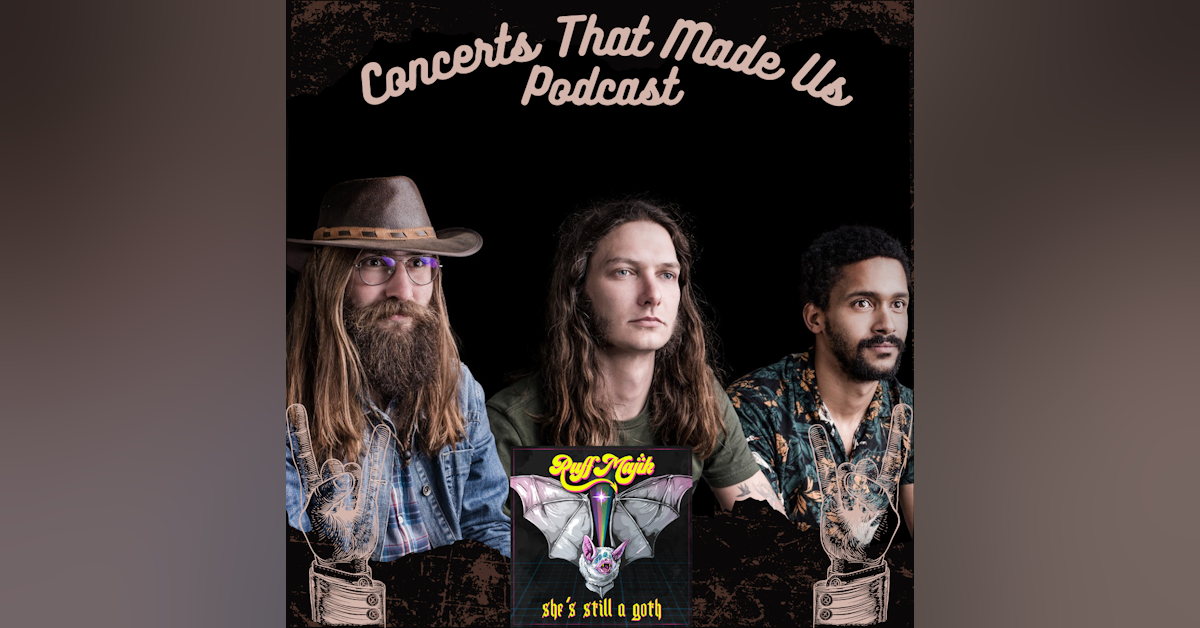 On this episode Brian is joined by Johni Holiday, frontman and chief songwriter of South African stoner rockers Ruff Majik.

Originally formed in 2012, it wasn't until 2015 that Ruff Majik released their debut EP "The Bear" which led to some touring and recognition.

Fast forward to 2022 having built up a rockin back catalogue of music, a strong following and having achieved something most South African bands aspire to, touring Europe. Ruff Majik released their latest single "She's Still a Goth" on 28th October.

Johni and his wife's fascination with b-grade horror and gothic imagery has always been influential in the lyrical themes and overall image of the band. When Anni fell in love once more with 80's tinged gothic synthwave during the pandemic, it inspired him to write a tune in ode to her - featuring references to classic gothic imagery whilst still fitting neatly into the realm of Tarantino-esque desert rock. The track is the first single from their highly anticipated upcoming album Elektrik Ram, which drops in April 2023 via Mongrel Records.

Why a Ruff Majik concert will be the wildest show you will ever attend.

And much much more.