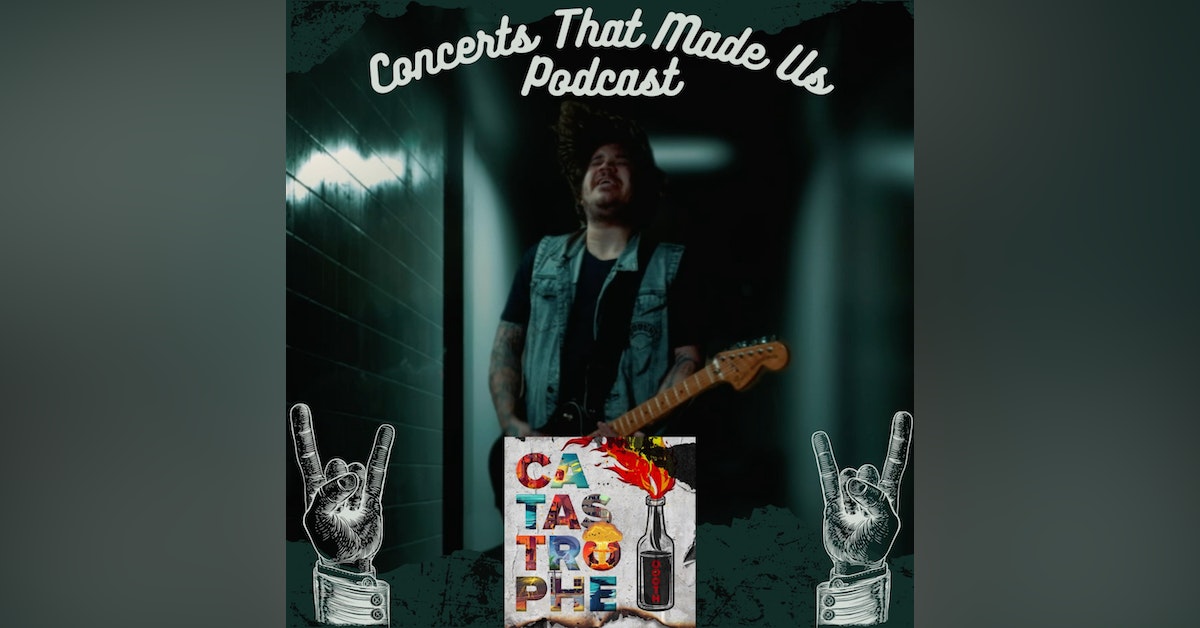 On the 100th episode of Concerts That Made Us Brian is joined by Jason Oosthuizen from Oooth.

9th of December seen the release of Catastrophe, the new album from South African hard rockers Oooth, led by renowned drummer, guitarist, and vocalist Jason Oosthuizen. The album was recorded and produced by Jacques Du Plessis at his High Seas Studios in Johannesburg and features guest appearances from some of South Africa’s most prestigious musicians, namely Albert Frost, Arno Carstens (Springbok Nude Girls), Cito (WONDERboom) and the legendary PJ Powers.

“The album was written between 2021 and 2022 and mostly revolves around experiences throughout this time. Some life-changing decisions that were made, appreciation for the few consistencies in life, and some very sad and traumatic stories all played part in the writing process.” Comments Jason. He adds, "We are very excited to launch this new album, not only because we feel this is definitely our best one yet and so much more effort was put into it, but I also got to collab with some more of my favourite SA Musos, Albert Frost, Cito, and Arno Carstens. Putting it all together where I feel most at home, High Seas Studios, also played a big part in the overall excitement I feel for this album. " - Jason

Since November 2018 Oooth has released 2 Studio Rock Albums, 2 Live DVDs, 1 Acoustic and 1 Acoustic live album, with some more exciting releases planned for the remainder of 2022 and 2023. Several Music Videos create a full portfolio for this 4-year-old band.

Oooth has also grown into a diverse brand consisting of Oooth Clothing & Merch, Oooth Coffee (2 signature blends), and Oooth Wine. (Pinotage – original varietal to South Africa) Oooth is also known for playing it forward where it matters. In June 2020 Oooth teamed up with Tattooer’s Unite to create a live show & crowd-funding initiative to raise funds for Tattoo artists & Stage crew that lost their income due to COVID19 restrictions. In September 2020 a full album launch of ‘Who cares what you think – Acoustic’ paired with an awareness campaign for Farm Murders & Gender-Based Violence in South Africa was the second initiative, with over a quarter million rand raised for these 2 causes.