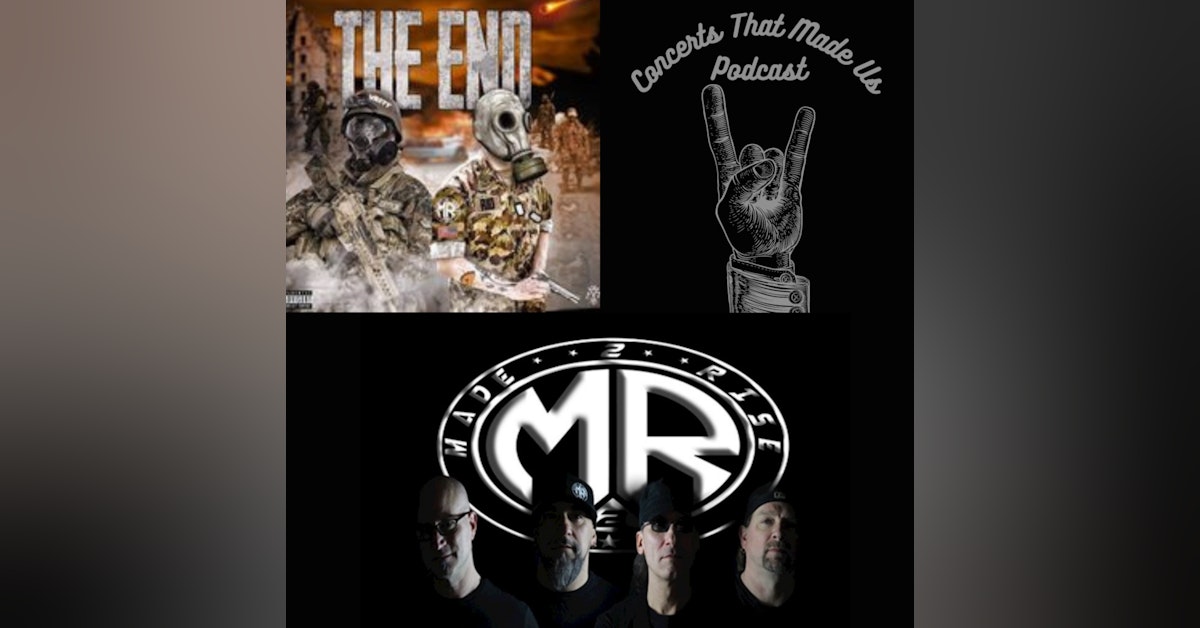 This week Brian is joined by Rio from Made 2 Rise,

Hailing from the greater Baltimore, Maryland area, Made 2 Rise is a hard rock/metal band that has few limitations. Formerly known as Madison Rising, Made 2 Rise changed their name after much consideration following the passing of founder Rich Mgrdechian.

With a fan base made of some of the most loyal fans in the country, Made 2 Rise feels that they are able to stretch boundaries, as noted by their latest EP release "EP.I.DEMIC” released May 2021. With five studio albums under their belt (four under their former name), and a sixth in the works, Made 2 Rise is poised to continue their journey and once again share stages with greats such as:  Godsmack, Shinedown, Ted Nugent, Aerosmith, Night Ranger, Chris Cornell and many others. In 2019, under their previous name, Made 2 Rise received an award for “Patriot of the Year” from the Jose Music Awards (JMA) for their contributions and concerts in support of the United States Military and First Responders.

Made 2 Rise is currently working on their upcoming release for 2022, and have collaborated with Joey Tyler Varela (VRSTY) on their newest single release titled "The End".