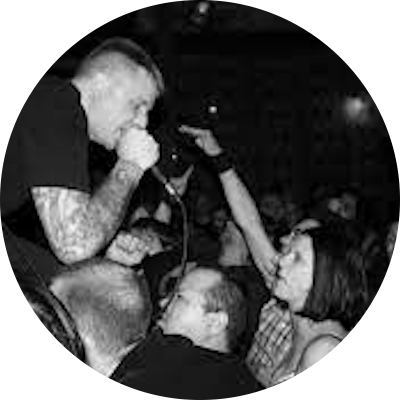 Todd Smith is an American vocalist, songwriter, and guitarist who most notably fronts the band Dog Fashion Disco. He is currently involved with the bands Polkadot Cadaver, Knives Out!, Beyond Paranoid, and his solo project El-Creepo!.

Smith was the lead singer and songwriter for the multi-genre metal band Dog Fashion Disco from 1996 until 2007, and continued in this role when the band reformed in 2011 until the present day. Smith contributed vocal and guitar work to the 2005 album The Exotic Sounds of the Alter Boys by the Ohio-based band The Alter Boys. On February 18, 2007, Smith started a musical project called Polkadot Cadaver, announced shortly after the break-up of Dog Fashion Disco. Another project, Knives Out! was started in 2008, and each band contains Jasan Stepp (of Dog Fashion Disco). Three albums have been released with Polkadot Cadaver and two albums have been released with Knives Out!

Solo career
Smith has also released three solo album under the moniker El-Creepo! The first album was released in 2009 and was aptly titled El-Creepo!. The project is stylistically quite different from his work in other bands, favoring acoustic guitars and light harmonies. Smith began writing and recording a new El-Creepo! album with Polkadot Cadaver drummer Scott Radway in March 2012. The second solo album, Aloha was released November 13, 2012. The third and most recent album titled Bellissimo! was released January 1, 2016.

"Left in the Lurch" is Knives Out!'s second debut album, having been released on August 19, 2016.

All of the label's releases up to this point have been available in physical form only through the label's website; digital copies of the material is available on Amazon, iTunes, etc.

The label's name is derived from the song "Forever and a Day" from the Polkadot Cadaver album Sex Offender.