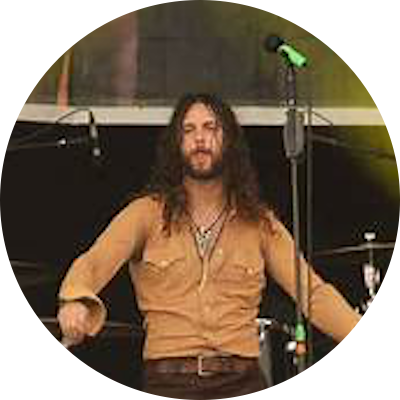 Scorpion Child was formed in 2006 by singer Aryn Jonathan Black. The band experienced frequent personnel changes, with Black and lead guitarist Christopher Cowart as the only members to appear on both of the band's full-length albums. They were signed to the German-based independent label Nuclear Blast and worked with Grammy-nominated producer Chris “Frenchie” Smith on their two albums. Their music has been compared to Led Zeppelin, Uriah Heep, Rainbow, and Black Sabbath, and the band also cited Krautrock and doom metal bands like Pentagram, Hairy Chapter, and Lucifer's Friend as influences.

Scorpion Child released their self-titled debut album in June 2013. The album featured a lineup of Black, Cowart, rhythm guitarist Tom Frank, bassist Shaun Avants, and drummer Shawn Alvear; with contributions from previous guitarist Chris Hodge. In a review of the album, one reviewer described Scorpion Child as "a heavy-riffing behemoth that takes the current glut of guitar-slinging retro-copyists and punches them through the pavement." The album reached #31 on the Billboard Heatseekers chart. The song "Polygon of Eyes" was featured as the iTunes single of the week in June 2013.

Frank, Avants, and Alvear all left the band in 2014. Jon “The Charn” Rice, previously of the death metal band Job for a Cowboy, joined on drums and Alec Padron joined on bass. Instead of recruiting a new rhythm guitarist, the band added keyboardist AJ Vincent in early 2015. This lineup released the album Acid Roulette in June 2016. The album was noted for being heavier and more progressive than its predecessor, thanks to the strengths of the new lineup, while one reviewer noted the album's "Lizzy-meets-Maiden riffage." Acid Roulette reached #19 on the Billboard Heatseekers chart.

Scorpion Child went on hiatus in mid-2017. Drummer Jon Rice left the band and rejoined Job for a Cowboy, and he has since toured as a fill-in drummer for Behemoth, Skeletonwitch, and others. Bassist Alec Padron and keyboardist AJ Vincent also departed during this period. In late 2018, Black and Cowart reformed the band with guitarist Asa Savage (who was a founding member along with Black) and former drummer Shawn Alvear, plus new bassist Garth D. Condit. This lineup partially completed a new album. In February 2020, the band announced on social media that they had broken up the previous year. 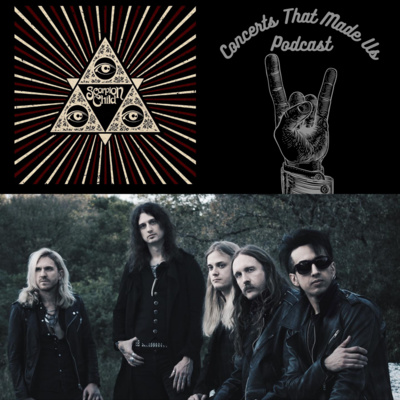 This week Brian is joined by Aryn Black, Lead singer of Scorpion Child. Scorpion child is an American rock band based in Austin, …