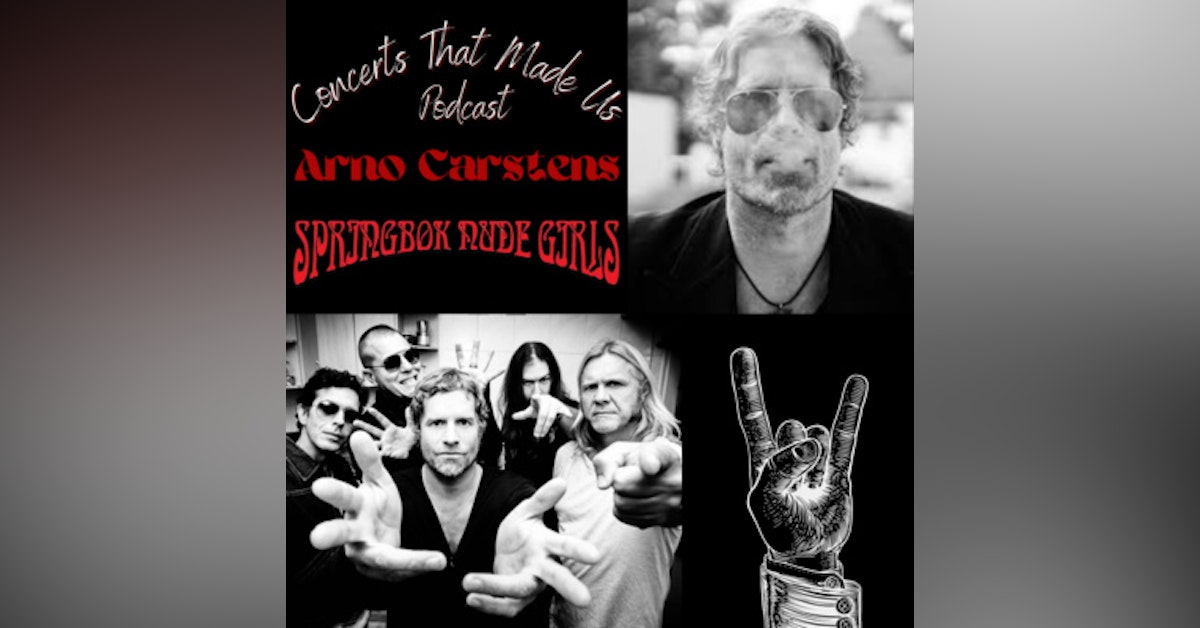 This week Brian is joined by Arno Carstens, solo musician, artist and lead singer of Springbok Nude Girls The Springbok Nude Girls (a.k.a. the Nudies, or the Nude Girls) is a rock band from Cape Town, South Africa. An alternative rock band, the Nude Girls introduced punk rock, ska, acid jazz and heavy metal into their songs, introducing a new world of music to the youth of South Africa in the mid-to-late 1990s. They played their first big gig in September 1994 in Stellenbosch. Since then, the Nude girls have toured extensively. In 2000, the band received a South African Music Award for Best Rock Album (Surpass The Powers). The Nude Girls were voted the Best South Africa rock band in a poll conducted by South African radio station 5FM. They have just released their first studio album in 13 years "Partypocolypse" and with songs such as Emerging Submarines, Crystal Ball and Flashlight, it is clear to see the Springbok Nude Girls are better than ever. Topics covered on this episode include: The new album Partypocolypse. Arno's solo career. The history of the Nude Girls. The best and worst gigs they have played. What it was like sharing the stage with INXS, U2, The Pixies, Simple Minds and much much more. Find Springbok Nude Girls here: https://springboknudegirls.co.za/  https://www.facebook.com/sngofficial  https://www.instagram.com/springbok_nude_girls/  https://www.youtube.com/channel/UCI0gKABFexGZCqJwZoz_8Dg  https://orcd.co/partypocalypse https://mongrelrecords1.bandcamp.com/album/partypocalypse-2 Find CTMU here: https://linktr.ee/Concertsthatmadeus   If you would like to support the show you can do so by signing up at https://www.patreon.com/Concertsthatmadeus and you will gain access to a range of benefits including video versions of the episodes. --- Send in a voice message: https://anchor.fm/ctmu/message