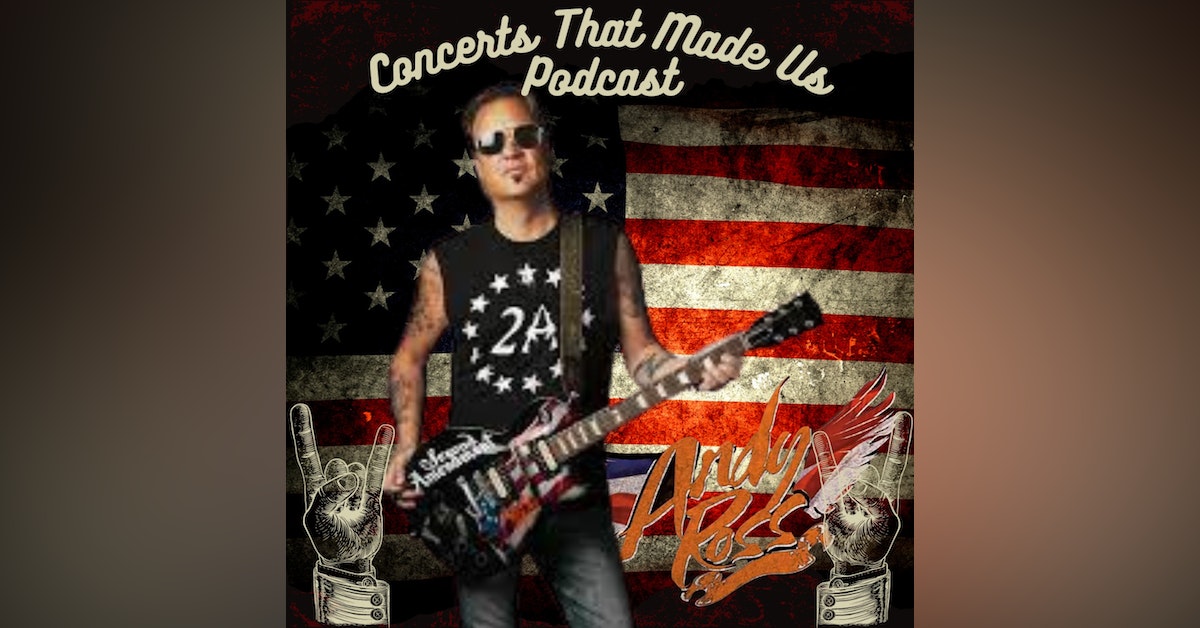 On this episode Brian is joined by Andy Ross.

American patriot, country-rocker, and CEO – all titles held by Andy Ross. The epitome of the American Dream, Andy Ross has built an empire on his electric personality and abilities as a singer/songwriter, entertainer, entrepreneur, bow hunter, car enthusiast and TV host.

Not only has his patriotic country-rock sound been featured as the theme song for the GNCC Racing Series on Fox Sports, but led to the 2nd Amendment Muscle Car created by Danny 'The Count' on the History Channel's Counting Cars. Ross has performed numerous NASCAR speedway events, biker rallies, and festivals like NASCAR's NRA Night Race at Bristol Motor Speedway, Freedom Festival, Weekend For Our Heroes at Tupelo, Wild & Wonderful Country Fest, Armed Forces Day Festival and many more, but music only marks the

His track "American Rebel" laid the foundation for his own brand, which turned into a publicly traded company, joining NASDAQ earlier this year. Ross also hosted his own TV Show, Maximum Archery, which ran for 10 years on The Outdoor Channel, The Sportsman Channel and Pursuit Network, highlighting his bow-hunting adventures.

If nothing else, Andy Ross is a multi-faceted businessman committed to his music, country, skills and

Red, white and blue collar dreaming – Andy Ross celebrates the heartbeat of America in his new single "All American Heart." which was released July 29, "All American Heart" is a cheers to chasing the American Dream and an ode to the working class who keep this country running.

Tune in to hear: