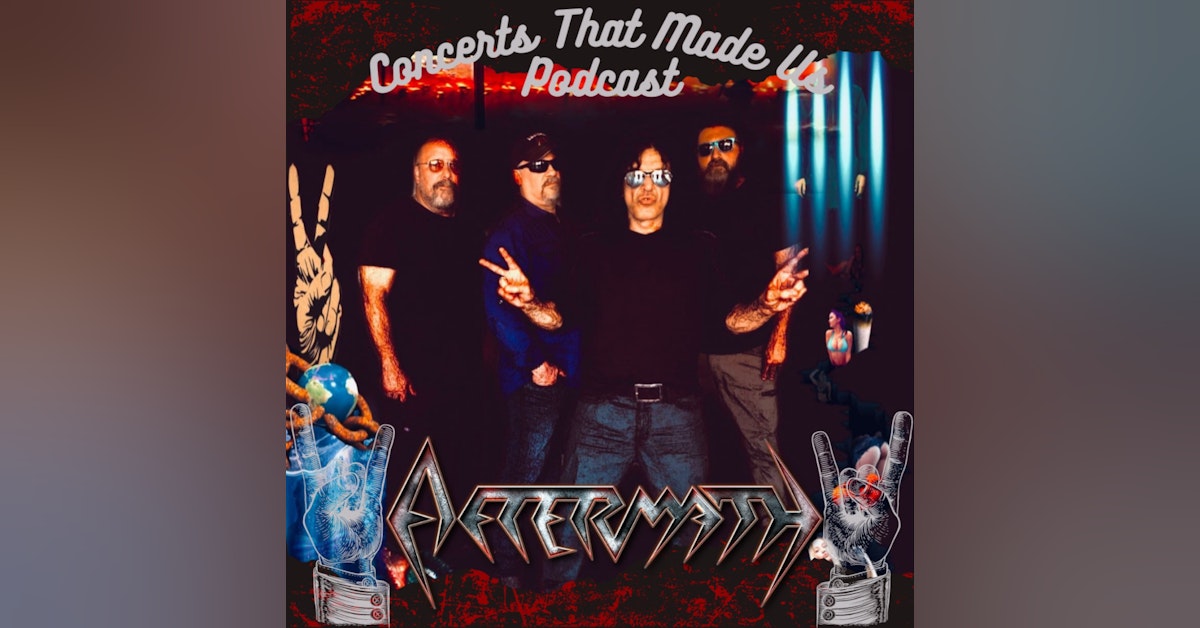 On this episode Brian is joined by Charlie Tsiolis from Progressive Thrash Metal Band AFTERMATH.

Aftermath are currently putting the finishing touches on No Time To Waste, their forthcoming third album in a trilogy, on which the title track described above is included. The new album is a departure from the previous dark, concept album installment in the trilogy. It also includes the band’s re-imagining of the John Lennon classic, "Give Peace a Chance".

Chicago based Aftermath, fronted by Kyriakos "Charlie" Tsiolis, formed in October 1985 when Charlie and his schoolmate Steve Sacco got together. This early incarnation released their first demo in 1986 featuring “Sentenced to Death”, “Revenge”, “Shotgun” and “The Aftermath”.

Twenty-five years after its formation, Aftermath's music made its return in 2011 with the release of the Box Set 25 YEARS OF CHAOS on Area Death Productions and the vinyl When Will You Die on F.O.A.D. The reemergence of one of the most original thrash bands ever continued in 2014 with their decision to reunite for several concerts in 2015. Coming off their first show in 20 years at Ragnarokkr Metal Apocalypse in their hometown of Chicago, the band ripped the stage apart at Headbanger’s Open Air in Hamburg, Germany that summer. In the Fall of 2015, the reunion continued with the reissue of Eyes of Tomorrow.